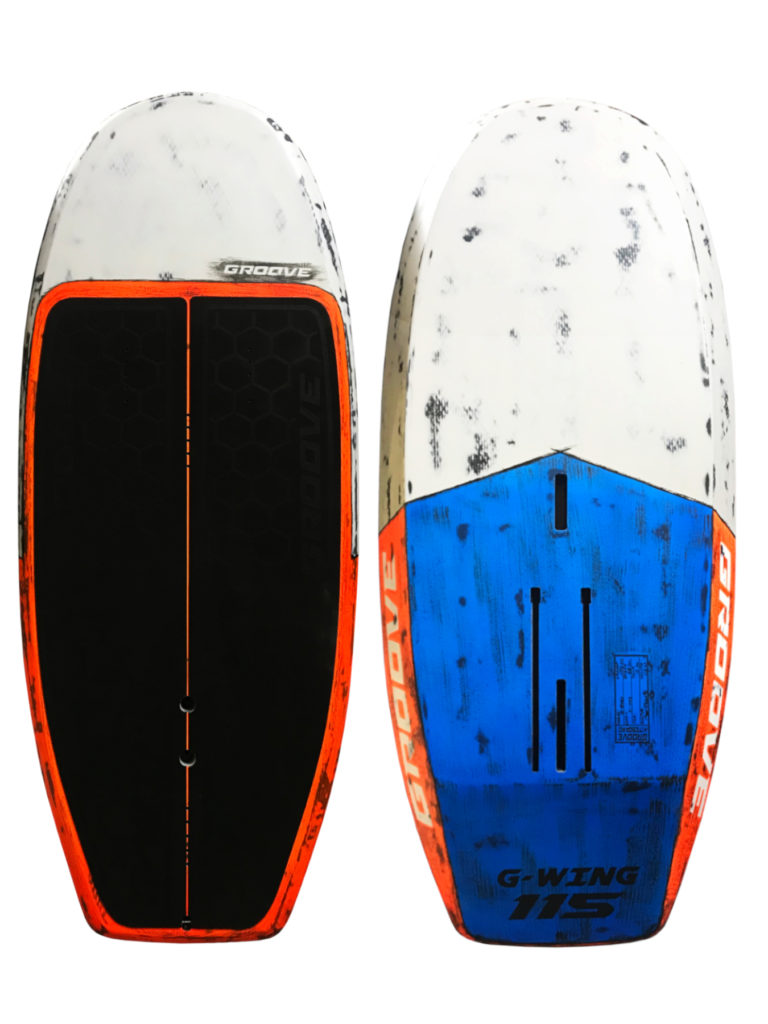 WITH G-WING EVERY WAVE WILL BE PERFECT

The G-Wing is the latest project made by Groove and it’s offered in two dimensions:

Short but generouse in volume, these boards remains agile and maneuverable while offering you the floatation needed to safaly float while not flying.

We have been happy to cooperate with Simone Vannucci to identify the important shape details and fine tune straps and boxes positioning through some extensive testing.

While they are designed for wing foilng they can be used in SUP/FOil configuration by just installing a small fin into the FCS box under the nose to improve board tracking while paddling for waves.

The sharp kick on the tail is another evident detail of the shape and it’s intended to help take off by limiting drag and allowing earlier flight thanks to a controllable angle of attack.

Rails and hull are shaped to help maintaining control when touching water and the Carbon sandwich construction have been fine tuned to keep these thick boards light yet strong where needed.

The traction on deck is guaranteed by the super thin 1mm deck pad that works wonders withot adding extra weight.

Finally the boards are equipped with both deep tuttle and tracks for the widest application of both surf foil and newly developed wing foils evolved from windsurfing foils.

Carrying handles on deck for easy transport with the foil mounted or not.

Short length makes it easy to pump and control.

The hull is flat and streamlined at the tail. This tail helps with stalling and keeps contact with the water.

Every single detail of the board has been conceived and designed for a better experience in the waves for the rider.

The new pad is very  thin only 1mm thick. This improves the rider’s sensitivity with the board and the response times.

Possibility of installing a small fin into the FCS box under the nose to improve board tracking while paddling for waves. 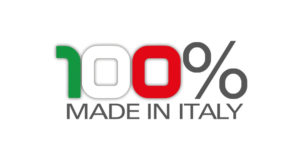 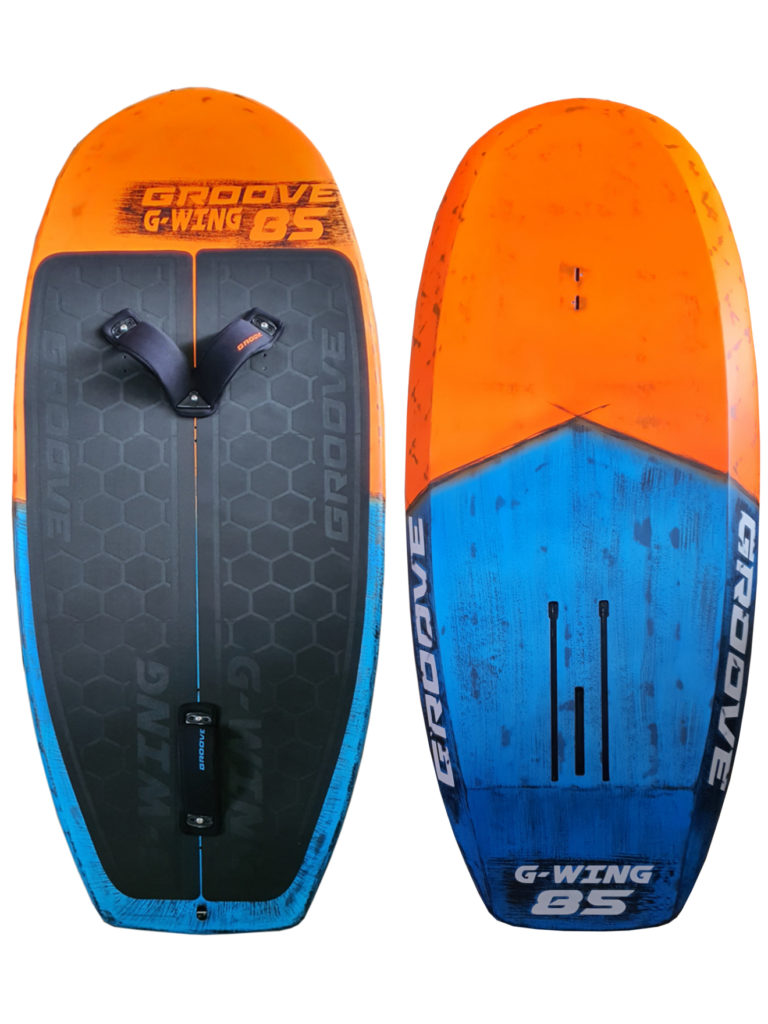 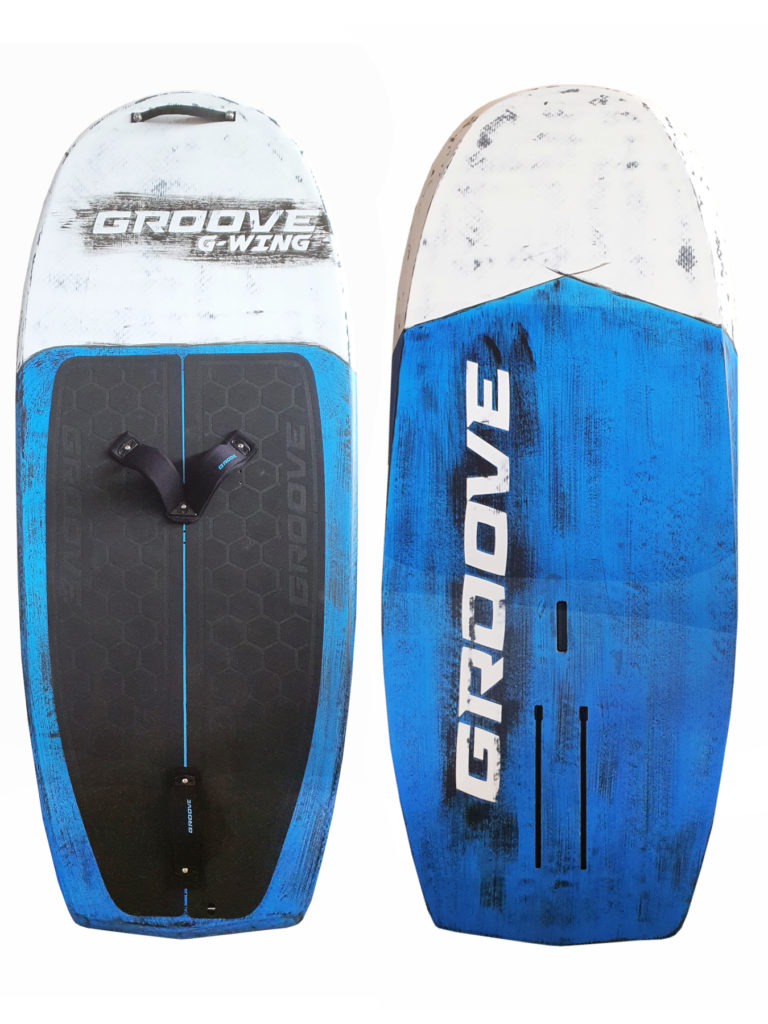 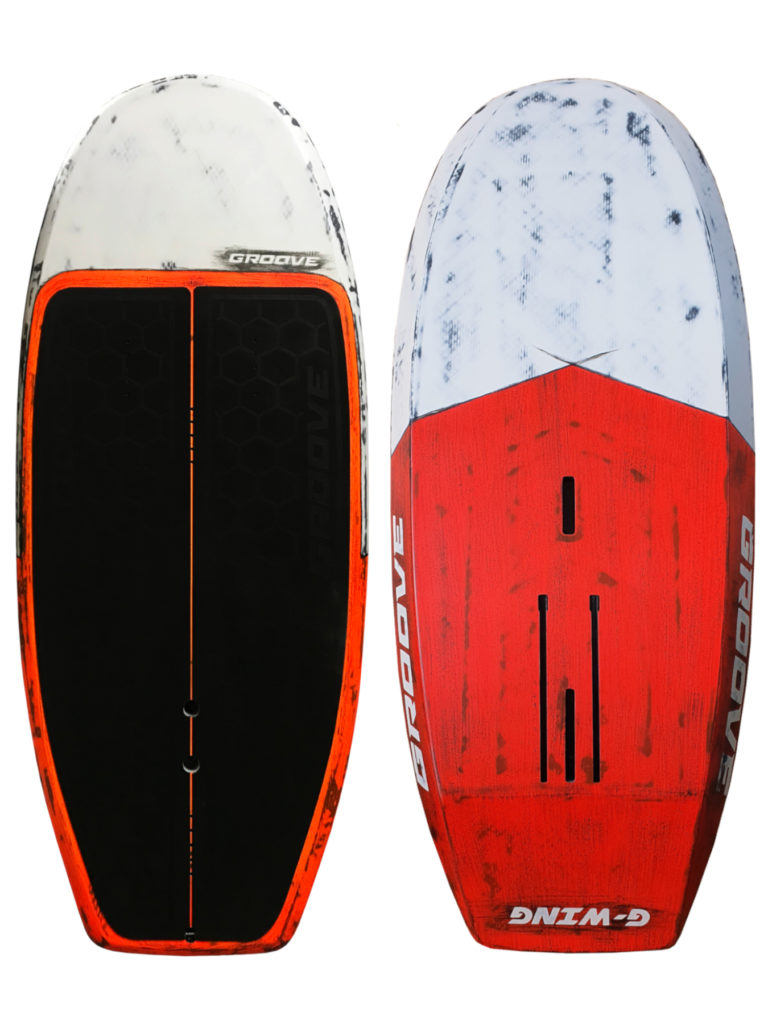 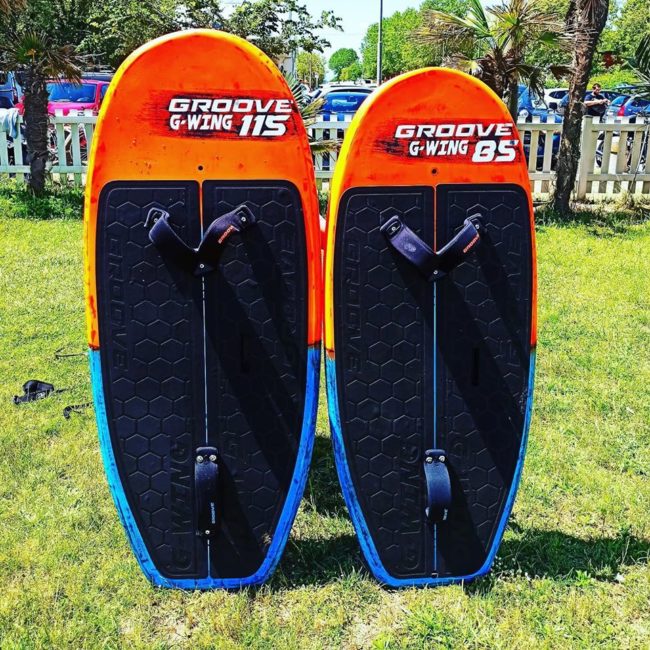 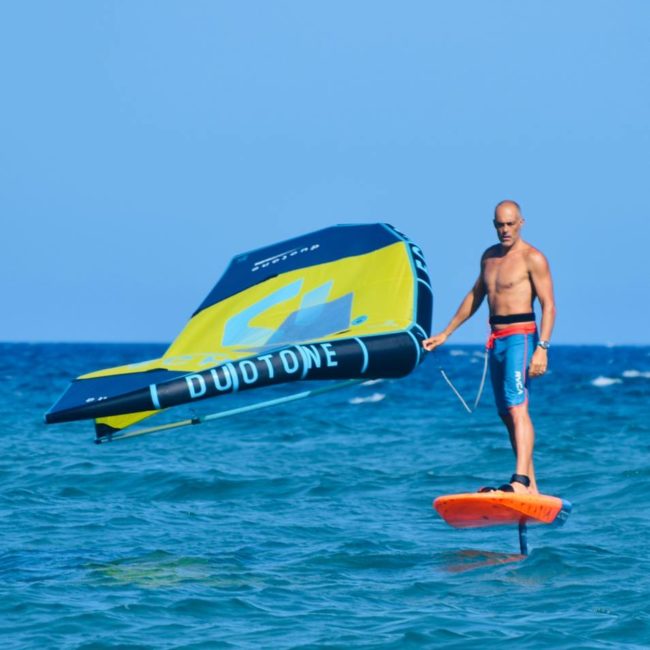 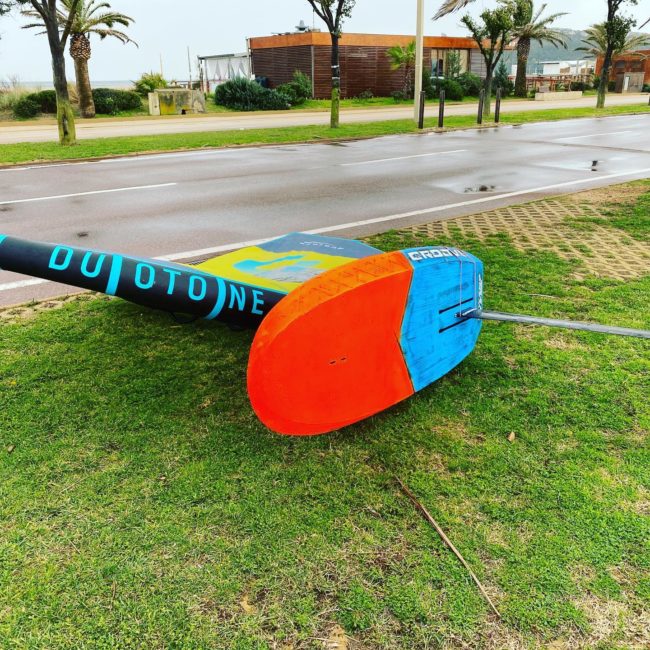 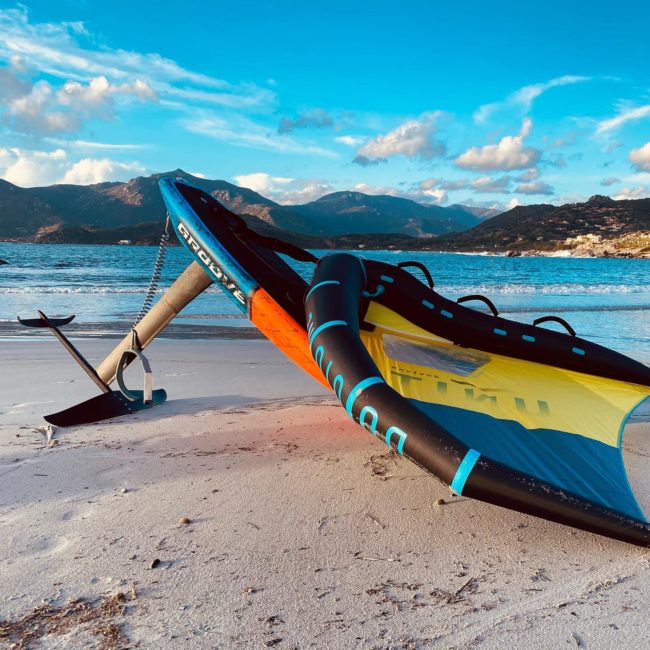 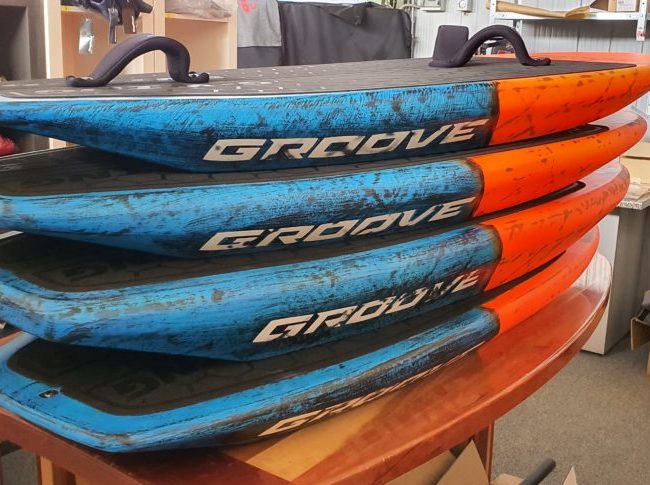 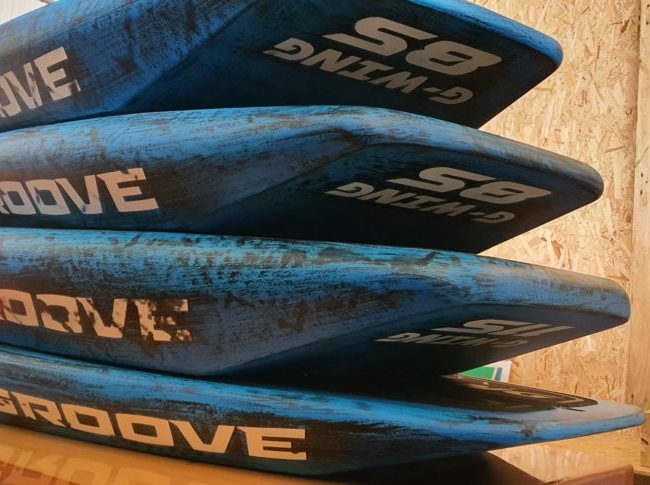 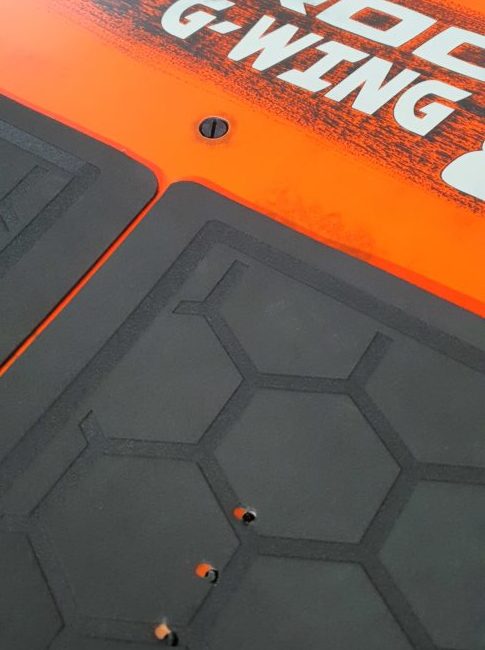 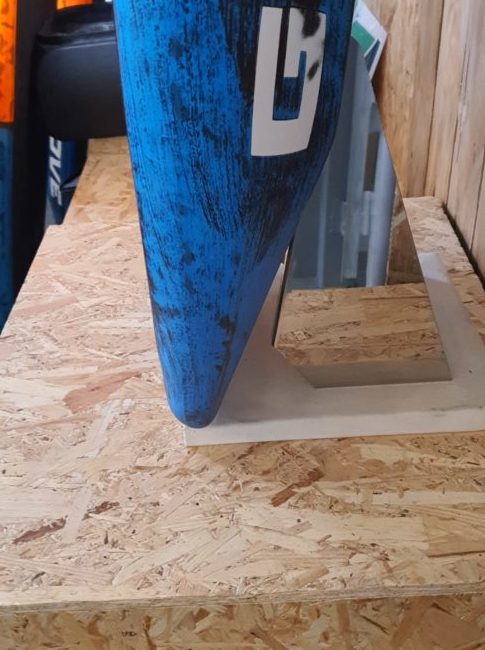 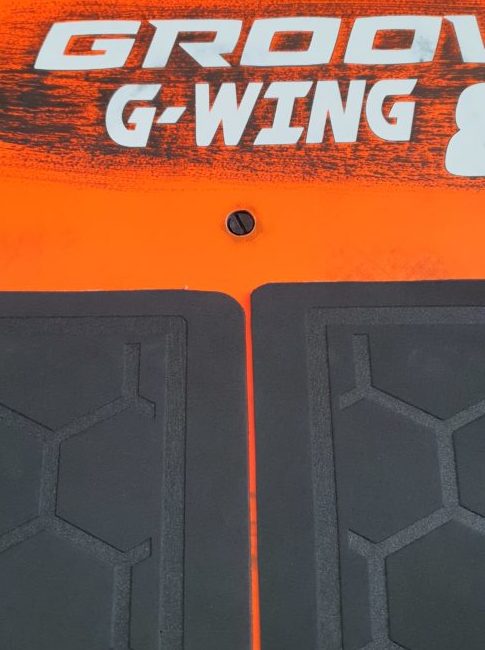 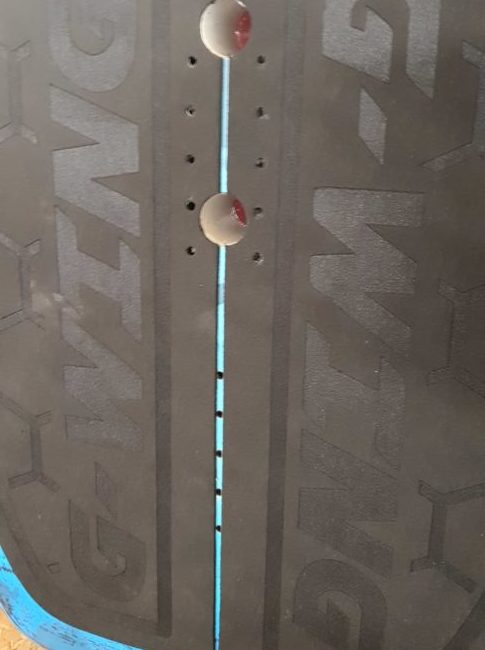 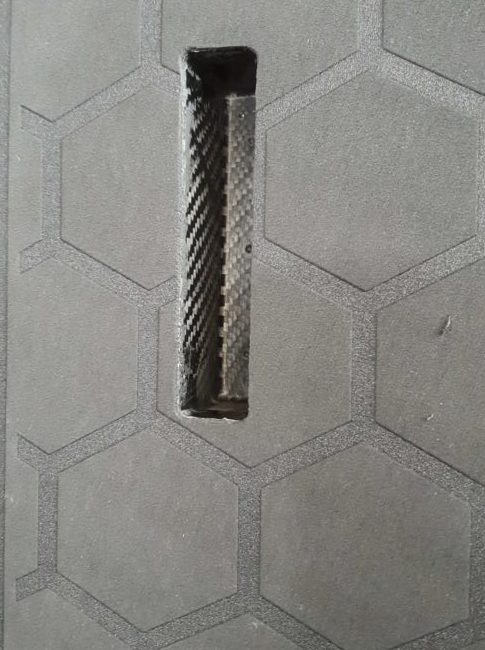 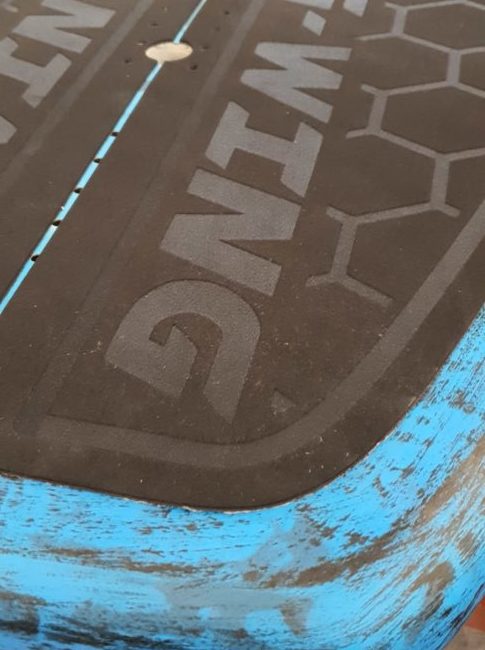 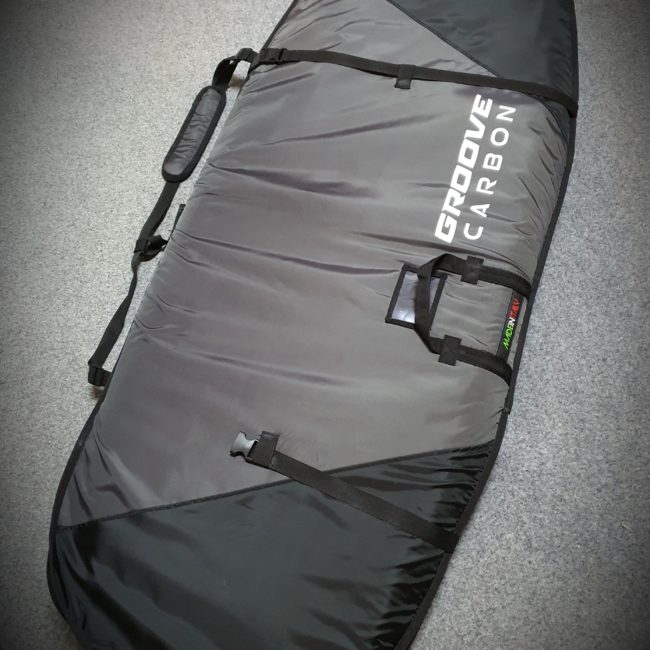